Here’s a page from the Jauary 2015 issue of JEDNOTA newspaper featuring our 2014 tour; click the image to view the page, or see the full issue here: 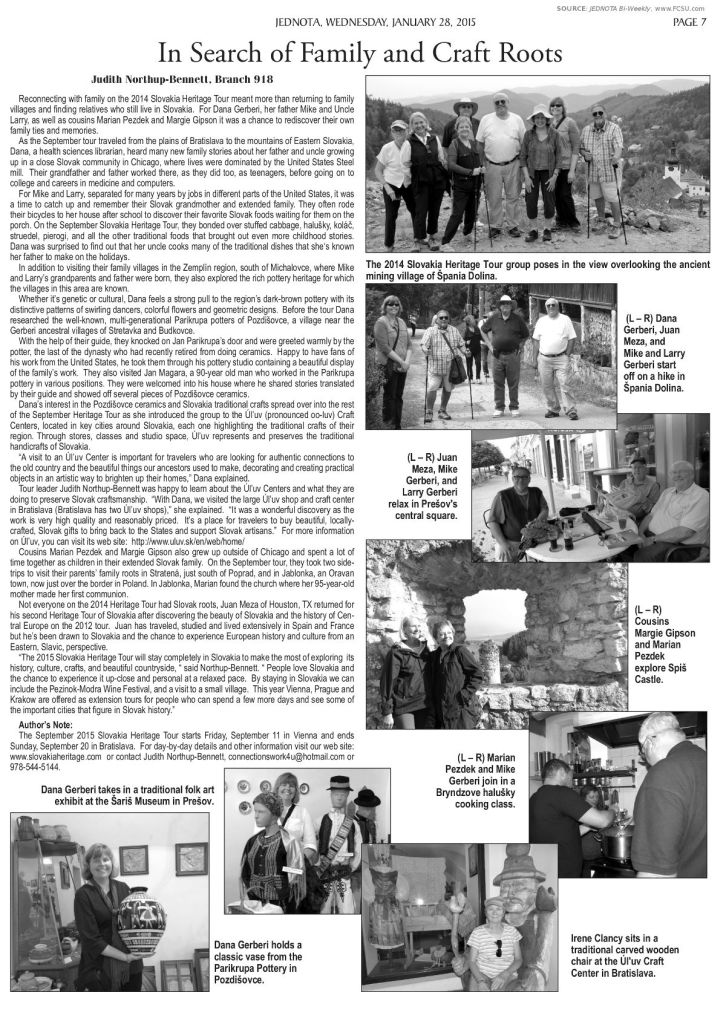 I’ve just returned from a wonderful wedding/Easter visit with my family in Slovakia.  In addition to reliving all the Easter traditions from my childhood, we welcomed a new baby, Mishka, born the day after Easter, and a new married couple to the family,  Stanka and Tono.  I’d like to share with you some photos of our visit.  More photos can be found on the Slovakia Heritage Facebook page:

Click on the image to view it at full size. (If it’s still too small to read, click on the second image to enlarge it one more time.) 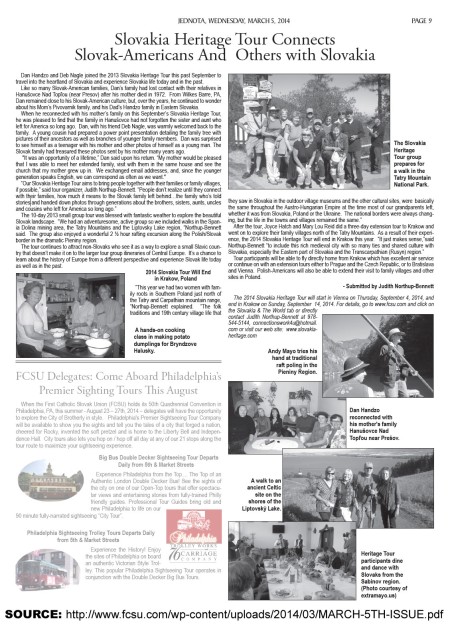 Through the ages, the shifting borders and national boundaries left a common culture in Eastern Slovakia and South Eastern Poland, on either side of the Carpathian Mountains.  Under the old Austro-Hungarian Empire from 1867-1918, the regions were unified.   While exploring the Tatry Mountains in Slovakia or rafting down the Dunajec River you will see Poland a stone’s throw away just as your ancestors did. Why not visit?

Consider beautiful medieval Krakow with its lively ten-acre Market Square, Renaissance Cloth Hall, and Wawel Castle on the banks of the Vistula River and you understand why Krakow is the perfect choice.

Krakow lies a short, 2 hours, drive north of the Slovakia border. It was an important medieval trading and academic center for today’s regions of Southern Poland and Eastern Slovakia. Because of this prominence, Krakow today is a bustling city of winding streets filled with exquisite architectural monuments chronicling this history.

The decision to end the 2014 tour in Slovakia’s cousin city is also practical:   END_OF_DOCUMENT_TOKEN_TO_BE_REPLACED 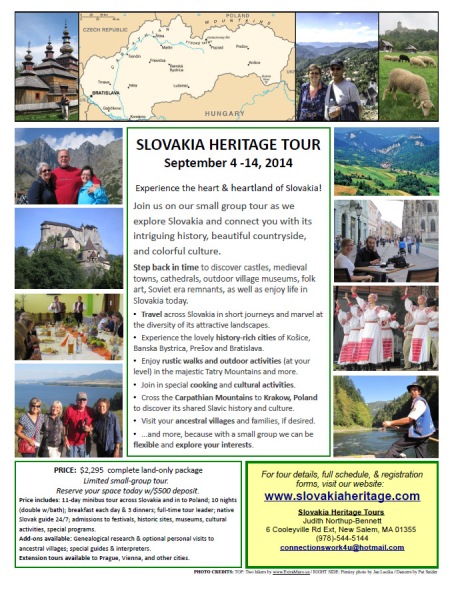